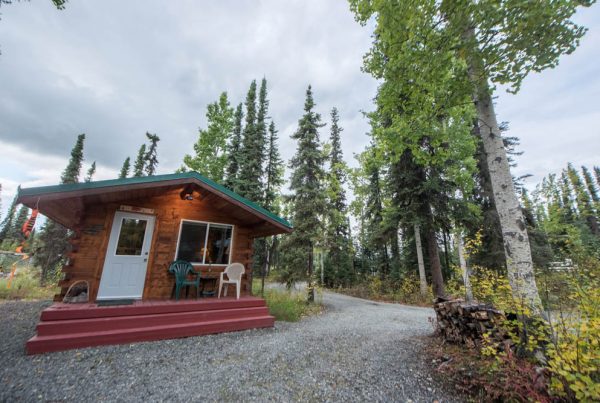 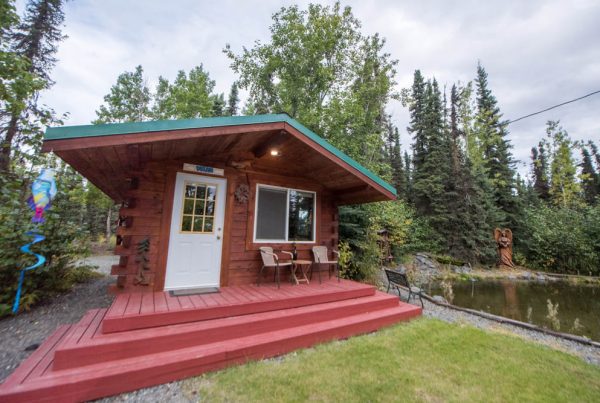 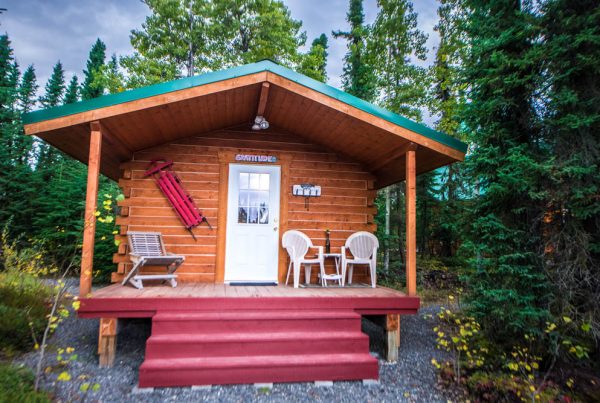 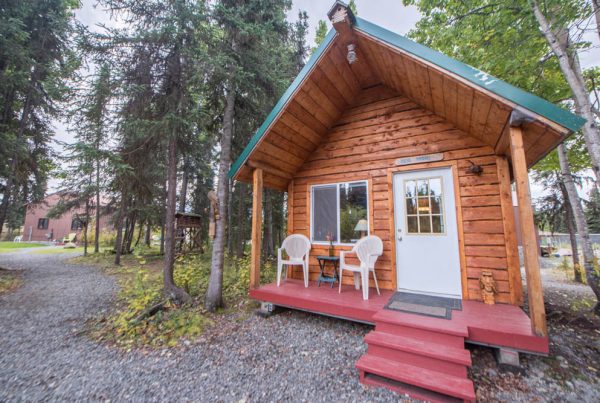 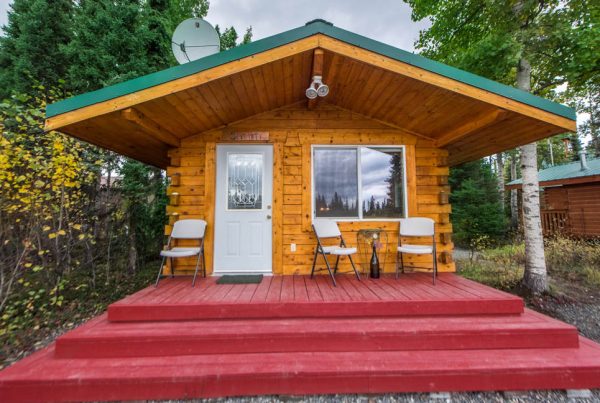 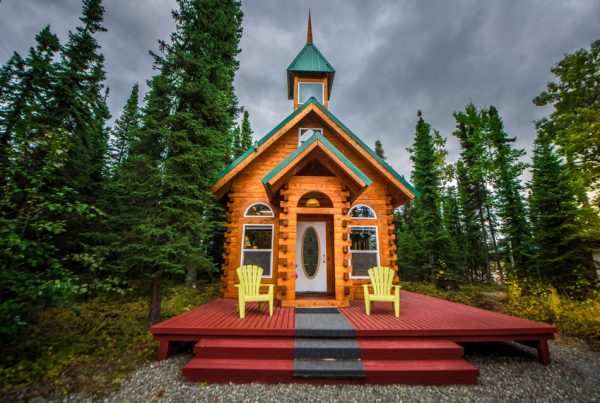 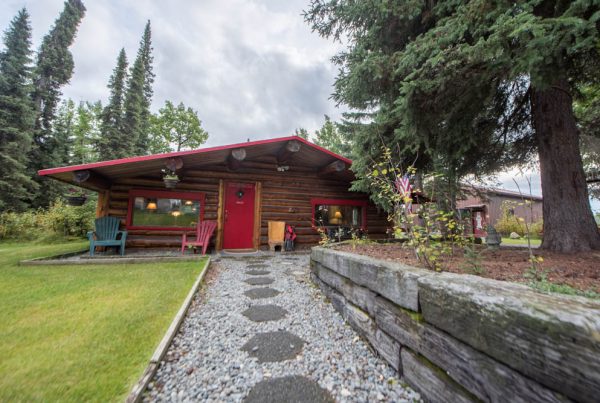 Cabin Rentals – About The Area

Every year many fishermen come to Soldotna, Alaska to fish the Kenai River.  The Peninsula is an excellent place for fishing and to vacation with an abundance of cabins for rent, and other Kenai lodging accommodations.  “A Cabin by the Pond” also know as “Moose Munch Cabins”, is situated directly across the street from the Kenai River and has five cabin rentals plus an authentic Alaska Log Lodge and a Chapel Lodge which we also rent.  It is not a bed and breakfast but offers a very scenic setting complete with an artesian water pond. We are located one mile from Soldotna and a ½ mile walk to a no-fee, public fishing area on the Kenai River. Homer, Alaska is only 80 miles from “A Cabin by the Pond”.  It is known as the halibut fishing capital of the world. Seward, Alaska is 95 miles the other direction. If you are looking for Soldotna Lodging or lodging in the Kenai River area, we are very central and would love to have you take a look at us. “A Cabin by the Pond”, is your Soldotna lodging place.

Geography – Around The Cabin Rentals

The peninsula extends approximately 150 miles (240 km) southwest from the Chugach Mountains, south of Anchorage. It is separated from the mainland on the west by Cook Inlet and on the east by Prince William Sound. Gerasim Izmailov was the first to explore and map this area in 1789.

The glacier-covered Kenai Mountains (7,000 ft/2,130 m) run along the southeast spine of the peninsula along the coast of the Gulf of Alaska. Much of the range is within Kenai Fjords National Park. The northwest coast along the Cook Inlet is flatter and marshy, and is dotted with numerous small lakes. Several larger lakes extend through the interior land, including Skilak and Tustumena Lake. Rivers include the Kenai River, famous for its salmon population, as well as the Russian River, the Kasilof River, and the Anchor River. Kachemak Bay, a small inlet off the larger Cook Inlet, extends into this area’s southwest end, much of which is part of Kachemak Bay State Park. This area has many glaciers in its eastern and southern areas. It is home to both the Sargent Icefield and Harding Icefields and numerous glaciers that spawn off them.

Towns and cities – Around the cabins

This area includes several of the most populous towns in southern Alaska, including Seward on the Gulf of Alaska Coast, Soldotna, Kenai on the Cook Inlet, and Homer, along Kachemak Bay in the south. Across Kachemak Bay from Homer, on the more mountainous and remote end of the area are the villages of Seldovia, Nanwalek, and Port Graham.

Homer famously marks the terminus of the paved highway system of North America and is a popular destination for travelers who have driven to Alaska from the lower 48 states. Seward is the southern terminus of the Alaska Railroad.

The peninsula has a coastal climate that is relatively mild, with abundant rainfall. It is one of the few areas in Alaska that allows for agriculture, with a growing season adequate for producing hay and several other crops

The peninsula also has natural gas, petroleum, and coal deposits, as well as abundant commercial and personal-use fisheries. Tourism is a major industry, along with outfitting and guiding services for hunters and fishers.

If you’re looking for lodging near the Kenai River, welcome to A Cabin by the Pond! This idyllic wilderness retreat offers convenient lodging close to world-renowned fishing in Soldotna, Sterling, Cooper Landing, Kasilof, Homer, and Seward.

A Cabin by the Pond

© 2022 A Cabin by the Pond. Powered by Hype Digital Marketing